You are here: Home / News - Notes / A Look Inside My TCM Now Playing Guide: Previewing May 2012 on TCM

It certainly took longer than I expected, but here we go my fellow fans of 1930's and 40's cinema, a TCM Star of the Month we can all get behind, Mr. Joel McCrea. This highly anticipated selection, also a major score for fans of the Western genre, will be celebrated here on Immortal Ephemera in a separate post that will include TCM's complete May-McCrea schedule plus a gallery of vintage McCrea images from my archives.

I'll only add at this time that TCM will be showing 42 different movies featuring Joel McCrea on Wednesday evenings throughout May. That would be May 2, 9, 16, 23, and 30, typically well into the following morning for each date.

Sometimes I get so carried away by the wonders of Turner Classic Movies that I forget the entire world does not share the same schedule as I do. If you're in the US, this is all relevant. It mostly holds for Canada as well. Elsewhere, well, check your local schedules as they say.

TCM does a great job of ballyhoo for their evening schedules, but I often find the gems in the rough air during the day. The 6am-8pm slot often offers a schedule celebrating a star's birthday or grouping movies by other themes which are sometimes not so easily figured out. And so the primary focus of what follows is on the weekday during daylight hours. Any times mentioned are my own, EST.

In May the good stuff seems weighted towards the back half of the month. This probably isn't a coincidence since TCM saves the later McCrea Westerns for the final two weeks of the month and frontloads his 30's and 40's movies over the first three weeks.

Here's what struck my eye: 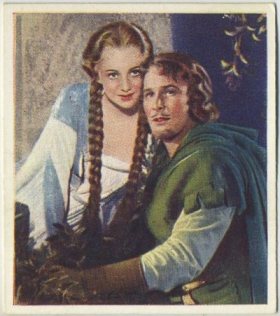 Wednesday, May 9 spends the day in Sherwood Forest with Robin Hood. The highlight of the 9th is right in the middle of the schedule with The Adventures of Robin Hood (1938) set at 1:30 pm.

My TCM Now Playing Guide lists the next group of William Wellman movies as happening late in the evening of Tuesday, May 15, but these technically air early in the morning of May 16 if you're an East Coaster like myself. Each directed by William Wellman beginning at 1:15 am EST with The Ox-Bow Incident (1943); Across the Wide Missouri at 2:45 am; hang a star by pre-code Midnight Mary (1933) starring Loretta Young at 4:15 am; and tuck in with Edward G. Robinson in The Hatchet Man (1932) at 5:30 am.

After tucking in TCM gives you 45 minutes of shut-eye as it kills a little time with MGM Parade Show #11, but yank off those covers (or just set your DVR!) beginning at 7:30 on the morning of Wednesday, May 16 as TCM celebrates the birthday of screen legend Henry Fonda (b.1905).

Another major Golden Age birthday is celebrated throughout the day of Friday, May 18 when TCM airs 7 classics directed by Frank Capra (b.1897). Some of these you've probably seen over and over but my advice to hang a big star by the first two movies that morning, two of Capra's fantastic early titles starring Barbara Stanwyck ... who there will be more on below.

I won't print the entire schedule in this space, but if war movies are your thing Turner Classic Movies is your answer in between Memorial Day weekend barbecues on Sunday-Monday, May 27-28. 23 war movies air in all including many of the usual suspects for regular TCM viewers, but also including four TCM premieres, which I will list: First to Fight (1967); Breakthrough (1950); Germany Year Zero (1947); and An Annapolis Story (1965). Happy Memorial Day!

The month is nearly over but I'm not nearly done! TCM has something to recommend on each of the final three days of May beginning Tuesday, May 29 with what so far as I can tell is a completely random Barbara Stanwyck daytime marathon between 6 am and 8 pm! Stanwyck's birthday isn't until July, but I don't think any of us are going to argue with ten Stanwyck titles, all from the 1930's!

Probably my most anticipated day of the month with four or five titles I've yet to see. May 29 will be my own DVR's heaviest workday. Well, non-Joel McCrea workday at least! 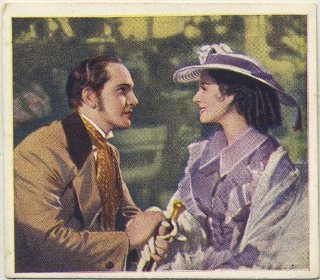 I didn't immediately spot the theme tying together the seven (count 'em 7!) 1930's titles that TCM is airing during the daytime hours of Wednesday, May 30. But there's a giant hint hanging at the end of this marathon when TCM airs the 2005 documentary Irving Thalberg: Prince of Hollywood at 6:30 pm. That's not just randomly tacked on, each of the seven titles airing previous to the Thalberg documentary were titles produced by Thalberg at MGM during the 1930's and May 30 is in fact Irving Thalberg's birthday (b.1899). 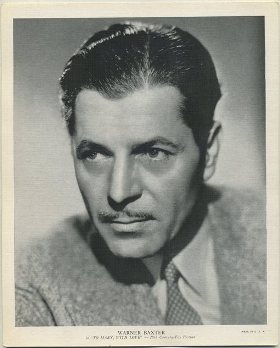 Two days in a row with the focus on the 1930's? I'm loving the end of May! And while while exit the 30's for the 1940's on Thursday, May 31, you'll get no argument from me as TCM runs a marathon of The Crime Doctor movies starring Warner Baxter between 6 am and 2:45 pm.

I will be posting a feature about this entire series some time prior to May 31. Work has already begun, so count on that one!

UPDATE: Laura just published her May TCM preview which is, of course, completely different from my own! Check out her picks at Laura's Miscellaneous Musings HERE.

You've got to be a bit of a TCM fan to have made it this far and assuming that's the case I want to point you over to the new blog The Cinementals.

Hosted by blogging friends Will McKinley, Carley Johnson and Jill Blake, The Cinementals kicked off with a bang offering the best coverage of TCM's Classic Film Festival that you were going to find outside of that offered by the channel itself. In fact, Will, Carley and Jill were each featured in interviews between programming on TCM during the Festival. So far The Cinementals has been a busy site posting about the latest happenings in the world of classic film.

As I mentioned earlier the start of May had me worried. Outside of Joel McCrea the 1930's seemed to be forgotten. If you kept reading about though you'll know my favorite film decade had a very strong finish!

This is the part of the entry where I open up my TCM Now Playing Guide to tally off every movie TCM shows during the month of May and record the results by decade. You'll find me rooting hard for the 1930's and 40's and holding my nose to big gains from the 1960's and later. I could go either way on the 50's. Here's the May tally:

Much to my delight, and surely Joel McCrea aided, the 1930's nearly caught the 1940's on this months tally, but best of all the dreaded 1960's were slaughtered in the May count, lagging over 30 movies behind the 1930's. Of course this will all change come June when TCM really turns up the pressure on my torture chamber by foregoing a traditional Star of the Month in favor of celebrating 50's and 60's teen heartthrobs. They conditioned me for pain with April's Beach Movie extravaganza so I presume I'll survive June and expect to see many of the same tortuous titles undoubtedly featuring heartthrobs on the beach.