How's that for a tight Top 10? That ought to tell you how great the material coming out of Great Britain was during the 1930's!

. That Myrna Loy card to the right is one of them.

Honestly, I was just going to do a post pointing you over to them, but that seemed so crassly commercial, especially since I've long had a Photo ID Guide to the set on this site. I sort of chuckled to myself at the thought of telling you one more time how these were "one of the most beautiful sets of movie cards ever issued." I feel like I say that a lot!

So I went into the Movie Card & Collectible Index and began opening up screens of my favorites. I'll just say there aren't many old movie issues that I hate! The entire Index itself is practically my list of favorites! I had to narrow this thing down.

Obviously the '39 Rothmans had to be on the list, after all, they were the spark for this post. So I decided to pick out only my favorite British issues.

Trying to be picky I got a little upset not opening any pages in the teens and twenties (I do love the 1920 F&J Smith's set, but I don't have a gallery of those on the site ... yet!), but then I found myself opening up so many pages once I hit the 1930's that I decided not to bother even going beyond 1939 in my Index.

What follows are my 10 favorite movie star tobacco card sets issued out of Britain during the 1930's. Every selection links to that sets Photo ID Guide/Movie Card Gallery on this site. Some are old pages, some are new, so they may look a little different from page to page, but they're all hosted right here.

I almost forgot to mention the best thing about my 10 favorites on this list--anybody, on any budget, can easily afford to collect them. In fact, the 1939 Rothmans are probably the priciest of the bunch, and they're really not too bad! Enjoy the list: 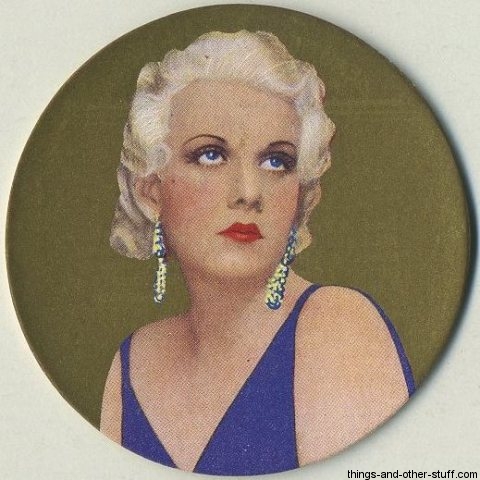 There you have it, my favorite 10 British movie star tobacco card sets from the 1930's. The order could change and there are another 5 to 10 sets that could break through at any time depending on my mood, but hopefully we're in agreement that the 10 sets selected here are among the most beautiful issued during those top times for tobacco cards.

Yes, we'll do this again at some point. I don't know how focused the next list will be, but it will likely feature something American. Perhaps trading and tobacco cards; perhaps supplements and premiums since I'm partial to those.

Hope you enjoyed it and maybe found a set you'd forgotten about or perhaps never seen. There are cards from each of these sets available for sale in my eBay Store, but here's that link to the 1939 Rothman's

once more, since they're the freshest of the bunch.