This is what I get for flying by the seat of my pants. I'm big on organizing, sorting, and ordering just about everywhere, heck it's a lot of the fun of collecting, except, it seems, when it comes to what I post on my websites. When it comes to classic film there's always something interesting to write about and rarely any need for a timetable.

I was reading some of my favorite blogs over coffee this morning and many reminded me of the big birthdays I missed celebrating this weekend.

Barbara Stanwyck was born on July 16, as was Ginger Rogers. And for Ginger, in fact, this was a big one, the centennial celebration of her birth. Those passed on Saturday, while Sunday saw me unprepared for another favorite. July 17th was the date which saw James Cagney enter the world back in 1899.

April 5 jumps to mind as the all-time classic movie birth date, a day on which not only Spencer Tracy and Bette Davis are celebrated, but with Gregory Peck leading the second tier of birthday honorees. Tracy-Davis-Peck are great, I respect the heck out of all three of them. But I love Cagney-Stanwyck-Rogers, each so much fun in their own way.

For this classic film fan April 5 is a date worth remembering but July 16-17 is when you throw the party!

The first thing that jumps to my mind about the Cagney-Stanwyck-Rogers triumvirate, probably because of that obsession with sorting and ordering I mentioned earlier, is that each did some of their most memorable work during my favorite period at my favorite studio. At the height of the pre-code era, 1931-33, at Warner Brothers, our trio would appear in some all-time favorites.

Ginger Rogers was in 42nd Street and Gold Diggers of 1933 (both 1933); Stanwyck starred in Night Nurse (1931) and Baby Face (1933); Cagney contributed Footlight Parade (1933) and the most important picture of the bunch in The Public Enemy (1931). Plus he had Smart Money, Blonde Crazy (both 1931) and The Mayor of Hell (1933). You can add The Purchase Price (1932) to Stanwyck's list. And Ginger would leave the Warner lot to begin her legendary series of films at RKO with Fred Astaire. Basically these three stars were really just getting things cooking at Warner's by 1933! 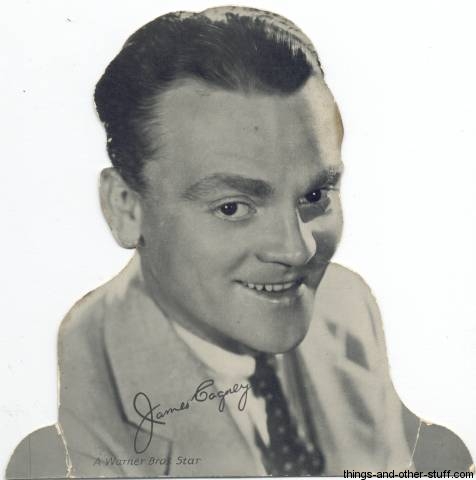 So I wanted to take this space as an excuse to show off an image for each and point to some of the other articles honoring them and their films on Immortal Ephemera.