It's been a good year for Freddie Bartholomew so far, at least around here. I began researching Freddie's life in December 2010 and when I got around to posting the little biography I'd originally planned it had blown up into a 15,000 word, 3-part monster. It was so long that I even went back and wrote a briefer bio when I posted my separate bibliography.

Crickets chirped for months until Peter Conole came along and contributed what amounted to a second complete Freddie Bartholomew biography in the comments section of my own posts. (Be sure to scroll down to the bottom of each of my posts to see Peter's work on Freddie.)

Then, more recently, the message board on Freddie's IMDb page started heating up and much of the incorrect info in Freddie Bartholomew's IMDb biography page has since been updated. Then, in Freddie's crowning online moment (to date) somebody has updated the formerly terrible Freddie Bartholomew Wikipedia page, whose former status was largely what led me to expand so much on Freddie's life here in the first place.

And now, Turner Classic Movies is giving over an entire night to Freddie Bartholomew!

In an interesting twist to the TCM scheduling, June 13 also happens to mark the date of Basil Rathbone's birth, so beginning at 6 am TCM airs a marathon of movies featuring Rathbone. Monday night gets handed over to Freddie Bartholomew at 8 pm EST as he's featured in the title role of MGM's David Copperfield, a film also featuring Rathbone in the part of Murdstone.

In my lead-up to writing about Freddie Bartholomew on Immortal Ephemera I'd written articles about a few of his movies, and those are each linked to below. This includes my article about David Copperfield, which I just wrote this weekend and posted earlier today. Be sure to make it to the bottom of my Copperfield write-up for a short biography of the seemingly mysterious Lennox Pawle, who played the delightful Mr. Dick in the movie. 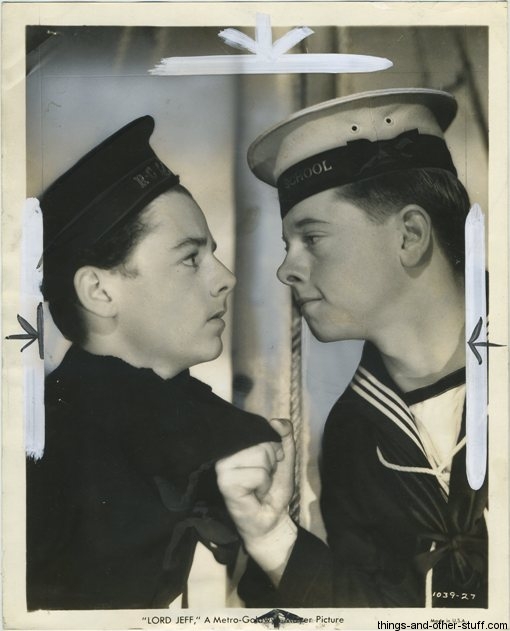