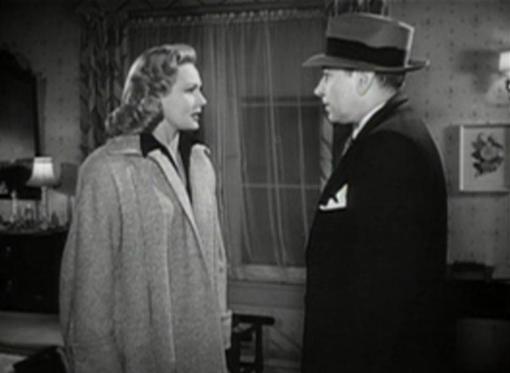 Roy Del Ruth directed several pre-Code favorites: the first The Maltese Falcon (1931); James Cagney in Blonde Crazy (1931), Taxi! (1932) and Lady Killer (1933); underappreciated Lee Tracy in one of his best, Blessed Event (1932); and my own favorite of the era, Warren William, in Beauty and the Boss (1932), Employees' Entrance (1933), The Mind Reader (1933), and Upperworld (1934). Not a mainstream classic amongst the bunch, but each a fast paced little film populated by slick-talking characters who keep us fans coming back time and again for further viewing. That's kind of the mark of Del Ruth's career, one which began in silent film and stretched for forty years, yet doesn't really have a signature film attached to keep his name remembered. Red Light is later, but it fits right in with the best of the bunch for Roy Del Ruth.

Turner Classic Movies aired Red Light a few days ago as I write this and to be totally honest it was the first time I ever caught it. I'm really not a big George Raft fan but he's typically in movies I like despite his being there, so I keep on watching him. Regardless of your own opinion of Raft, he's no better or worse than usual in Red Light, but even if he grates on you it's a movie worth checking out. I knew nothing about Red Light going in, in fact I hadn't even planned on watching and I'd already missed the first half hour when I turned on my TV. I really only stuck around at the time because I saw what turned out to be William Frawley's brief single scene. Then I spotted Raft as he first meets with Mayo, and oh, there's Raymond Burr ... and Gene Lockhart! ... Barton MacLane? ... and Harry Morgan, wow, what is this I wondered! 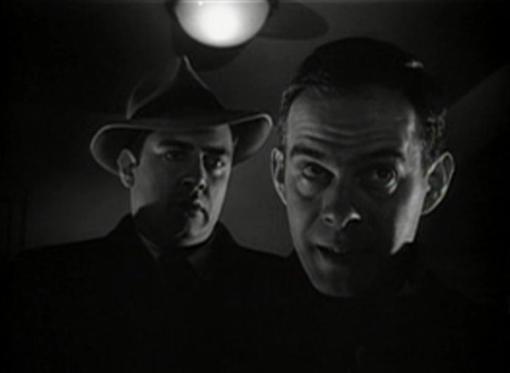 Luckily I'd had it recording as it aired that night so I was able to watch the entire movie in one sitting tonight. The basic story reduced to a single paragraph is as follows: Nick Cherney (Burr) is locked up for embezzling from Johnny Torno's (Raft) freight company and still stewing over it in conversation with fellow inmate Rocky (Harry Morgan). Both are soon out on the streets. Meanwhile Johnny welcomes his brother Jess (Arthur Franz), an army chaplain, home from duty. Jess is quickly shot and killed though manages to survive just long enough for Johnny to arrive and ask who did it. With his last gasp Jess tells him, "Bible." Johnny keeps this info from MacLane's Detective Strecker and tries to figure out for himself what Jess had meant by steering him towards the Bible. Along the way he runs into Carla (Mayo), who he also puts to work on solving his mystery. The bulk of the movie is Johnny connecting the dots from Jess' murder to the mystery of his last words.

Doesn't sound like much, and maybe it's not, but we're entertained along the way by the excellent cast and a few scenes that are pretty violent for 1949. Raft is Raft, Mayo is more or less invisible, but Raymond Burr is quite menacing and the various character actors are excellent as per usual. Roy Del Ruth keeps it moving, Red Light's pacing more reminiscent of those pre-Code titles I mentioned earlier than the typical late 40's noir thriller. It's interesting to note that Mayo was in production on Red Light immediately prior to work commencing on the classic White Heat (1949). White Heat would be released September 3 of 1949, while Red Light wouldn't come out until later that same month, September 30. I'd imagine this timing worked well for promotion of Red Light.

I just wanted to give this one a quick recommendation while it was still fresh in my mind. I'd thought about doing a longer piece on it but Red Light is already very well served not only by it's TCM page, but by an extremely detailed piece on Film Noir of the Week that is guest posted by Raft biographer Stone Wallace. Both worth checking out if you want more than my word before pressing play.

Red Light (1949), 83 minutes, is available as a manufactured-on-demand DVD-R from Warner Archive. Or pick it up on Amazon here if that's your preferred shopping destination. It was a Roy Del Ruth Production originally distributed through United Artists.